Poetry has always given me voice. It allows me to write down emotions and ideas in a structured format that expresses my identity at that moment. I loved reading poetry as a student—from Spanish poets to Urdu poets to women poets. I worked on a college poetry journal at Northwestern University. But I did not get into writing poetry until recently. Poetry is not like prose in the sense that I cannot make myself sit down and write poems as a daily exercise. Rather, the emotions and ideas come to me and then I sit down to write—sometimes I can write 2-3 poems a day and then have a dry spell for months. You never know when a poem gets embodied.

I use a narrative writing style in poetry; my poems have a definitive structure to them. But my voice is in them and you can hear my voice throughout them.

In 2017, my first book of poems was published through Red Mountain Press . It is titled “Muslim Melancholia.” 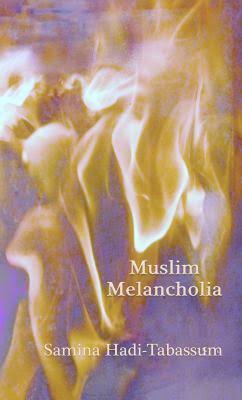 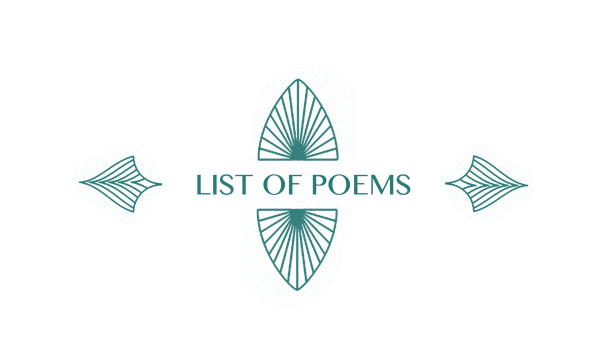 Here is the list of poems that I have published and their links:

This Mortal Coil in riksha magazine

Aap or Tuum in K’in

The Girl with the Pearl Jhumka at the Clockhouse.

A Ghazal for Hadiya at The Tribe

Sarah and Hagar at riksha magazine

My Brother Deep in Tin House.

Theories of HER, “Purdah” and “My Parabolic Self”

Penn Review, “April Snow” and “A Stone’s Throw Away”

These Fragile Lilacs, “A Bed is a Bed”

Mosaic, “The Thing Inside of Me”

Soul Lit, “The Valley of Peace”

Journal of Postcolonial Writing, “Restless Leg Syndrome” and “Google Me”

Recently my poems were selected to be performed on stage as a part of the Kundiman Foundation and Emotive Fruition event focusing on Asian American poetry in New York City.

Here is a link to the performance. 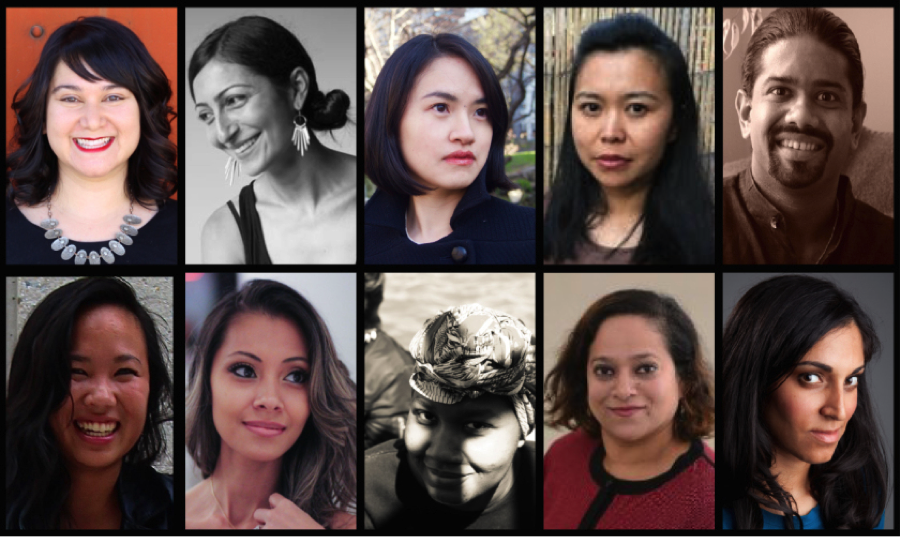 I was also a finalist for the 2018 Gwendolyn Brooks Poetry Award sponsored by the Guild Complex in Chicago, broadcasted on CAN TV. Watch my performance here along with 19 other talented poets on stage at The Promontory in Hyde Park. 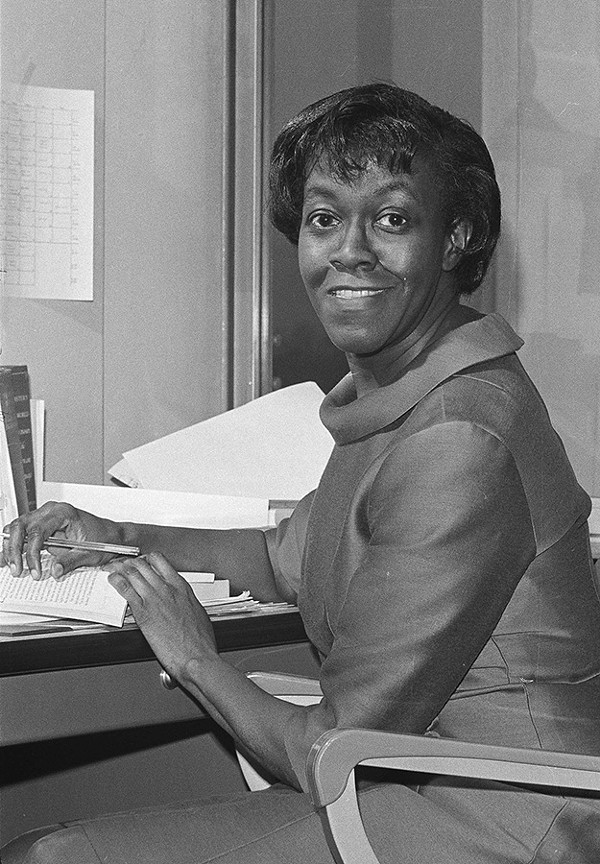 Here is a sample poem from my book Muslim Melancholia (2017):

It is not that kind of registry, I tell my son

The one we used for Uncle Faisal’s wedding

When we bought him a brand new toaster

From the online catalog that Aunt Veena likes

Nor is it the one for Baby Emily, I say to him

The one with crotchet blankets and terry cloth bibs

Cotton candy colors finding their way into everything

It is not the one where grandpop searches for a kidney

It is not the one that draws your maternal bloodlines

This registry is the one used to kill

The one that made sure

my friend Aoki and her mother stayed in Utah

It was used thousands of years ago to bludgeon

every first-born male in Egypt

The kind that forever separated

in Mexico mestizo from mulatto

We will live with our fear.

We will ride into town on a high horse.

Expecting all our friends and family to do the same.

Shaking everyone’s hand before they come for us

My whole adult life I read the Best American Short Stories collection that came out each year. I read all of them every winter break, slowly and secretly. Now as a middle age writer…I made the Distinguished list with my name on the same page as Salman Rushdie and Stephen King. Unbelievable. “Sajid” is a story of Hyderabadi Muslim immigrants and their struggles in 1970s Chicago.

Congratulations to Samina Hadi-Tabassum, whose story “Sajid” from CQR #32 has been named a Distinguished Story of the year by Best American Short Stories 2021!

Joyce Carol Oates talks about how the purpose of writing is to expose social taboos and that is what my story does. Here is an excerpt from the story:

The middle age white man in the blue polyester suit had strawberry blond hair, that was what the TV commercials called it, Abdul remembered, but he couldn’t tell the difference. He had only known dark men with pitch black hair, both natural and dyed, cut short and parted in the middle. Some old men even dyed their hair red from the henna paste which came from a natural plant and a color that the prophet would have approved. But this man’s moustache and beard were the same strawberry blond color as the curly hair on his head. The tinted sunglasses hid his startling blue eyes, which he saw at a glance when he wrote his American name on the back of the business card: Andrew Smith. “If you know of anyone who should not be here…maybe their Visa expired or maybe they snuck in…just give me a call. There’s a reward there for you. Remember that you’re doing the right thing here by staying in these lines and filling out the paperwork for that registration number. You know what I mean?” he paused and nodded at Abdul. “The phone may ring for a while but my secretary will eventually pick up…so just wait. Okay. Leave a message on the machine and I will get back to you. Make sure to spell out the names and addresses. Speak clearly though. Sometimes it’s hard for me to understand you guys,” he chuckled.

My second short story titled  LATEEF was published in Another Chicago Magazine in November 2020.

Here is the first paragraph:

I did not get my driver’s license right away like all the other kids in high school. I failed the test two times: once in our Driver’s Ed class while Mr. Johnson kept yelling at me from the passenger seat, and the second time at the DMV with a middle-aged man in a baseball cap who did not even look up once from his clipboard. Both times I failed for the same reason: I could not parallel park without driving the car onto the curb. We did not need to know how to parallel park in the Section 8 public housing projects where we lived. There were yellow lines painted for each parking space with a number on it that matched the number of your townhouse. I watched my middle-aged Indian mother for years slowly edge her way into the spot painted 31 with our small red Toyota full of weekend groceries, while I cowered in the backseat. When pulling out of the parking space, she pulled out slowly, honking every five seconds, since all the neighborhood kids played soccer in the parking lot during the summer and football in the winter. The potholes were bottomless pits in the middle of the concrete lot and teemed with garbage—turning into small lagoons on rainy days, which my mother painstakingly avoided as she strained her tiny neck and kept her kohl-lined eyes on the rearview mirror, all the while sitting on her blue foam pillow that matched her work smock.

Another story I published in Spring 2021 in The Louisville Review was KHALID.

This story was a new twist on Shirley Jackson’s classic short story “The Lottery” but mine was set in Pakistan amongst the wealthy families of Lahore.

My first short story titled  MAQBOOL was published in the New Orleans Review in June 2018.

Here is the first paragraph:

The calls always came just around midnight. We were all asleep so the story was told only from my parents’ memory. A man in a deep, husky voice called several times throughout the night and my father had to get up and answer it each time, since the ringing from the old rotary phone was maddening. The man on the telephone started to first just scare them and told them about how dark men were going to come into their apartment and rob them at any time of the night and that this was not a safe neighborhood to live in for good Muslims like them. That they should move out of the apartment immediately. Then the man on the telephone said that these dark men were going to break through the doors and set their apartment on fire. “Who is this!” my father yelled through the phone, hair disheveled, half awake in his white cotton undershirt, ready to pull the phone out of the wall.

I recently published a “Letter to the Editor” (2021) in the New Yorker on the perplexities of my native tongue: Urdu. The original article focused on the mid-life crisis and coming to terms with our unlived lives.

Another non-fiction publication was a short piece on brain development, empathy and mirror neurons in the Santa Ana River Review (2020) titled “Mirror, Mirror.” You can also hear a podcast of this very same topic on Love is Viral.